What is retinopathy of prematurity?

What causes retinopathy of prematurity?

Who gets retinopathy of prematurity?

How does it cause disease?

How do you prevent it?

What is retinopathy of prematurity?

What causes retinopathy of prematurity?

Who gets retinopathy of prematurity?

How does it cause disease?

The growth of normal retinal blood vessels may be stopped, with normal vessels only growing to the middle of the retina. Beyond this, the retina has no blood vessels. Most likely, a chemical signal is then sent out that stimulates the remaining retina to grow new blood vessels. The new blood vessels are abnormal and frail, and they can bleed and scar easily. If enough of this scar tissue is present, it can pull on the retinal tissue, causing a traction retinal detachment. If the situation progresses further, a total retinal detachment can occur, leading to vision loss and, possibly, loss of the eye.

An ophthalmologist experienced in the examination for this condition can diagnose retinopathy of prematurity. A set of dilating drops is placed in each eye to dilate the pupil. The infant is examined with an instrument to keep the eyelids open (called a lid speculum), and the retina is inspected with an ophthalmoscope. The eyeball may be manipulated to complete the examination.

The area (zone) of retinal involvement and the severity (stage) of the disease define retinopathy of prematurity.

Stage I is defined as a line found at the border of the normal retina and the retina without blood vessels. Stage II is defined as a thickening of the line to form what is called a ridge. These stages probably represent growth of immature retinal cells. Stage III involves growth of new abnormal blood vessels, both on the ridge and elevated above the ridge into the vitreous (clear, gelatinous material between the retina and the lens) area. When Stage III blood vessel growth reaches a certain level, it is best treated by laser. Stage IV involves traction and detachment of the retina. This stage is divided into Stage IV-A, or detachment not involving the macula (area near the center of the retina where vision is most clear), and Stage IV-B, or detachment involving the macular or central retina. Stage V is defined as a total tractional retinal detachment for which there is often no effective treatment.

Plus disease is defined by abnormal vessels that are very tortuous, along with the findings listed above, usually indicating a situation that may require immediate treatment. Rush disease indicates unusually fast progression (1- to 2-week period) from no retinopathy of prematurity to disease that requires treatment.

The ophthalmologist delivers the laser treatment through the dilated pupil with an indirect ophthalmoscope system (similar to the setup used for examination). The treatment generally takes 30-45 minutes per eye, and it often is performed in the neonatal intensive care setting. Intravenous (IV) sedation and pain relief commonly are used, and a breathing tube sometimes is necessary.

The infant usually is reexamined at 2-4 weeks. Re-treatments of problem areas occasionally are necessary. Progression of severe retinopathy of prematurity can occur despite successful cryotherapy or laser treatment. A small percentage of eyes continue on to traction retinal detachment despite adequate treatment.

Continued retinopathy of prematurity with traction retinal detachment and loss of vision is the final outcome in some cases, although this risk is reduced greatly with well-timed treatment. Even if retinopathy of prematurity resolves on its own or if treatment is required, certain outcomes are common, including nearsightedness (difficulty seeing things far away). Other possible complications include amblyopia (weakened vision in one eye) or strabismus (misalignment of the eyes) with an eye deviating in (esotropia) or out (exotropia) when compared to the other eye. A pediatric ophthalmologist can address all these conditions in the follow-up stage.

Complications of laser treatment or cryotherapy include corneal burns or swelling (edema), lens burns or cataract formation, and vitreous hemorrhage or bleeding into the center cavity of the eye. As mentioned above, retinal traction and detachment can occur despite treatment.

How do you prevent it?

The effect of supplemental oxygen on infants with Stage III is being studied in the STOP-ROP (Supplemental Therapeutic Oxygen for Prethreshold Retinopathy of Prematurity) trial. The initial results from this study indicate no firm beneficial effect of increasing oxygenation in Stage III of this condition. The multicenter CRYO-ROP (Cryotherapy for Retinopathy of Prematurity) study continues to observe infants in a phase III long-term follow-up study.

The American Academy of Pediatric Ophthalmology and Strabismus Web site has additional information on retinopathy of prematurity at http://med-aapos.bu.edu.

Informational brochures are available from The American Academy of Ophthalmology Web site at http://www.eyenet.org.

David W. Johnson, MD, is an ophthalmologist in private practice specializing in vitreoretinal surgery. He currently holds a teaching appointment as Assistant Clinical Professor in the Department of Ophthalmology at the University of Colorado Health Sciences Center in Denver. Dr. Johnson actively participates in the diagnosis and treatment of retinopathy of prematurity at several Denver area hospitals. 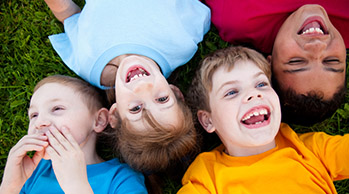